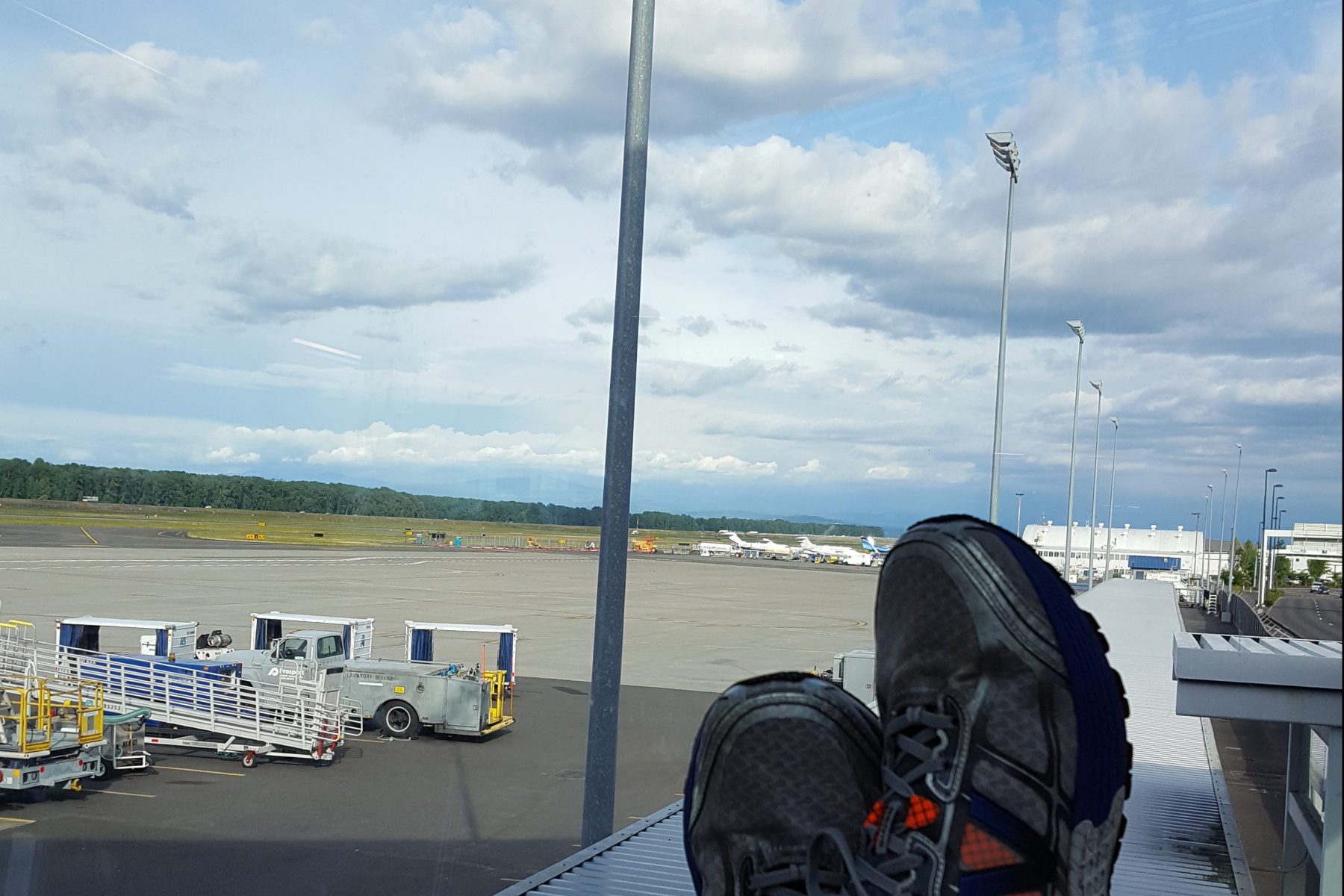 I gave myself five days before writing this post as an intentional time of reflection.  As I sat in the Portland Airport (the picture above is me waiting for my plane) I was exhausted, demoralized and skeptical.  After a rigorous schedule of naps, I am no longer exhausted.  I remain, to some extent, demoralized and skeptical but at the same time have added hopeful and encouraged.

Those things don’t all seem to go together, do they?  Yeah, well that’s pretty much General Conference in a nutshell.

I am still demoralized that a schism for our church seems so very near.  I flew to Portland believing it was a possibility, but not very likely, kind of like the Cleveland Indians winning the World Series.  During the week I realized how near to that we are, and that maybe it’s not an entirely bad thing.  But I am hopeful and encouraged that it hasn’t happened yet.    As of now, we still have a global set of legs sitting under the same table.

I am encouraged after reflecting on the awesome mission work that our church accomplishes.  I’m very proud of local efforts like the Nehemiah Mission in Cleveland and the Urban Mission in Steubenville.  I learned more about the 30-year history of Africa University and its role in developing not only leaders for the African church but also leaders in business, mission and government in that part of the world.  I am encouraged that Imagine No Malaria connects with 300 clinics in Africa and has cut annual malaria deaths in half.

I am encouraged that we showed faith in our leaders, defeating legislation that would have given bishops term limits and forced them to run for re-election every 8 years.  We guaranteed pastors access to giving records not so they could be financial voyeurs but in recognition of the spiritual diagnosis that giving also provides.

The outstanding preaching inspired me.  I think we have let preaching slide in our culture.  There was a time, I’m sure, when the sermon was the most important part of spiritual guidance we received.  But now with online resources, great books from the likes of Adam Hamilton and James Harnish, the sermon is secondary.  And it sure better end early enough that we get to lunch before the Presbyterians. I heard sermons written to comfort the afflicted and afflict the comfortable.  It’s been a long time since I heard a preacher take on the forces of evil.  Bishop Swanson from Mississippi gave my favorite sermon of the week, and you can watch it here.

Finally I’m encouraged by what is being called the Methodist Middle.  A relatively small number of delegates were involved in all of the protests and heated debates.  For many of us, these social issues don’t define the church.  We are defined by what I have written about here, and folks whose houses are repaired by Nehemiah or a mother whose child is cured at an African clinic doesn’t really care about what was debated last week.

They care that we continue to be the hands and feet of God.  And to that I press 1 to vote “yes.”