A call to conversation 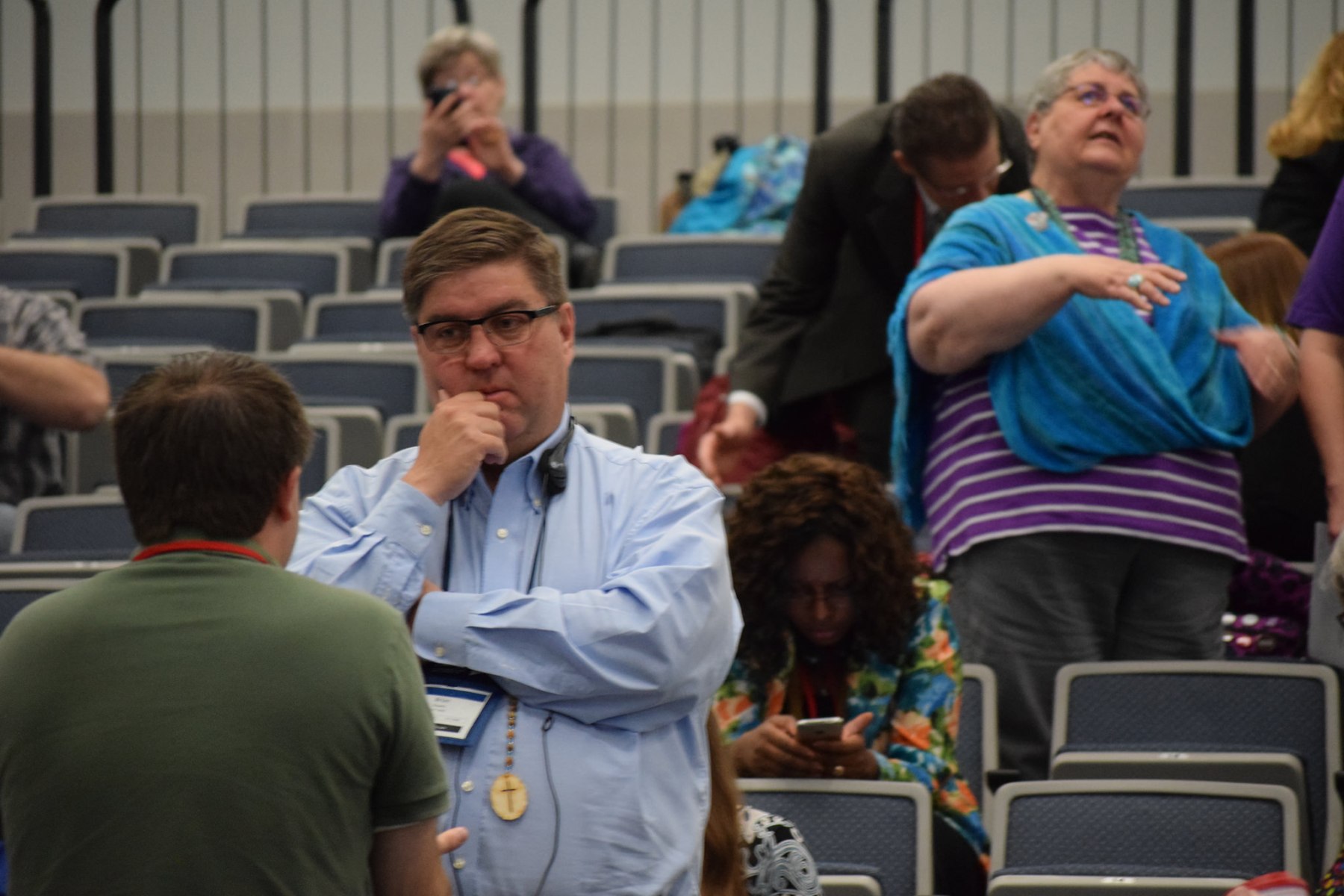 In yesterday’s post I lamented the protests I had seen the day before.  They were, I wrote, unnecessary because General Conference bends over backward to make sure everyone has a chance to have their voice heard.

In a world of social media I had enough “likes” and affirmative comments to know I wasn’t completely off base.

But I heard another voice, one from a place further left than I saying that this statement was a joke and that the LGBTQ voice was not adequately heard.

Now comments that are made directly on my blog are submitted for my review, a chance for me to filter them before they are shared with the rest of the world.  My policy is to green light these comments, as long as they are respectful and on point.  But my blog seems to be shared and reposted on other blogs, Facebook pages and social media sites that I am far too old to even understand.  This post came through the Facebook page of another.

I considered my options.  I could TURN ON MY CAPS LOCK and shout him down in response, telling him how I’m right and how he’s wrong.  I could have ignored him.  Either of those options would have been appropriate for a General Conference setting.

Instead I sent him a message indicating that if he’s here in Portland I’d love to sit down with him and get his perspective.  I’ve not heard back, so I assume he is back home, following the Conference online.

I came to Portland believing I had a pretty good handle on United Methodism.  I do, after all, own my very own Book of Discipline.  I pay attention to larger church issues, read far more of my homework than many.  My work through the National Association of United Methodist Foundations lets me talk with good Methodists from across the country regularly.  And I generally just enjoy talking about the church.

The two weeks I spent in Liberia a couple of years ago has given me perspective on the global church and if nothing else helped me understand delegates sitting in a conference unable to understand the language and feeling completely lost.

Which brings us to Rule 44.  Last week we spent days bickering about the rules of the General Conference and Rule 44 was a big part of it.  Most of our discussion is guided by Roberts Rules of Order, strict parliamentary procedure with three speeches for and three against, each dutifully timed with the seconds counting down on the video screen.  There are amendments and substitution, motions to table and motions to refer.

But Rule 44 sought a different approach.  We would, it proposed, sit down and talk.  In theory the folks in rainbow stoles and the folks from North Georgia would sit around a table and share their perspectives.  At the end they may not agree, but they might understand.

The rule was rejected by the group, and I was among those voting no.  I didn’t think they had worked out the kinks, with big questions about how it would work and how it would be facilitated.  I also didn’t think the group was ready for it.  Hearing sides speak with vitriol about whether or not to sit down and have calm conversations seemed like it was unlikely to be productive.

But in hindsight I think a flawed conversation would have been better than no conversation.

I have no idea what kind of structure we will have in the United Methodist Church by Saturday morning, but whatever we have we need fewer speeches in favor or against and far more conversations.

← I protest the protests!
An opportunity squandered →